Working through new pieces is mysterious, as complete ideas for me appear in stages.  There is a song I love, that my brother performs with his music partner, Kurt Elling, that I didn't even know I was making a piece about until I was. Yesterday I went to the costume vaults at the performing arts center where I live, looking for a dress which I realized was for a piece to be about the song.
It started while on a long trip during the winter. I was driving, and made this line drawing with my other hand on the wheel. 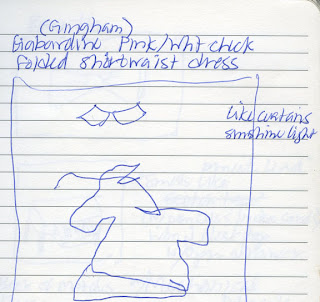 ﻿Usually my sketches are better - not typically executed at 75mph pulling a trailer. Here's an example of ideas sketched under more normal conditions... 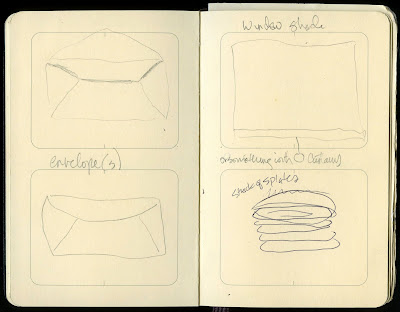 Before I went to the costume shop I worked out what I thought I was after... 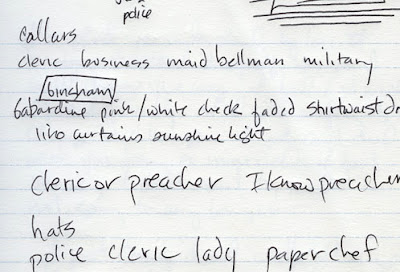 And while I was there I realized that I wanted a gingham pink/white check faded shirtwaist dress like curtains sunshine light because I wanted to make a picture like the lyric of this song ... "Leaving Again / In the Wee Small Hours of the Morning."  As I listen to the song I imagine two people very in love, somewhere far away from anything, in a house with open windows... And in my imagining I have arrived at an idea of a photograph of a dress the woman would be wearing to be in love in the lyric... a dream where we could breathe in the heavy curtained prairie air of summer night / watching lightning over wheat fields through a bedroom window*.  Somehow I imagine she is wearing this dress while alone. This is a most beautiful song, and I think everyone should hear it at least once, performed live is of course best, but it is so absolutely lovely to me I say at least buy it and listen to it over and over again...credits at the end of my story.
So, here is a picture of what it looks like to be standing in the middle of a large costume vault looking for a dress a woman would wear to be in love in a house with open windows by a wheatfield. 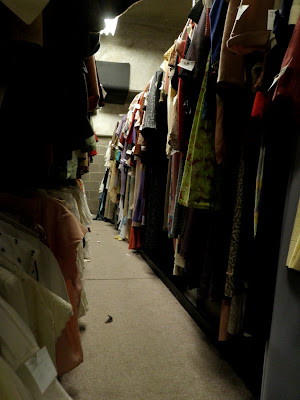 And I found the right one...although most will say, how is it that that will become a pink checked gingham dress that one could be in love in a wheatfield in?  .... Art is a beautiful thing, because one never knows.  As I said, it's a mysterious process. 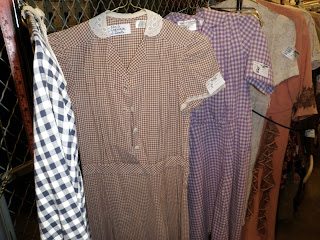 While I was there, I came across the dress I used for "The Blue Dress."  It was like seeing an old friend. 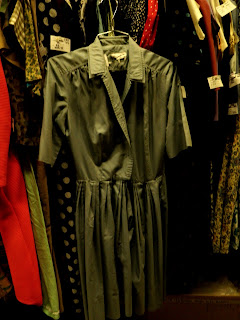 So, should you look at "The Blue Dress" image on my website, you can see there are many miles to go between the beginning and the finishing of a piece.  And this has been a story of how it usually begins.
*Leaving Again/In The Wee Small Hours of the Morning
Music improvised by Keith Jarrett
Lyric by Kurt Elling, based on Keith Jarrett's untitled improvisation from his 1994 trio recording, "At The Blue Note,"
Kurt Elling, Vocals, Laurence Hobgood, Piano.
And although I don't know if it's alright to say, you can listen to it at
http://www.youtube.com/watch?v=oH0VxA4sA4E
at 2:00 PM 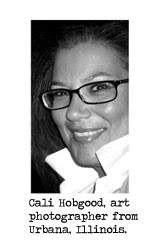